Seldom are artists able to remain so completely loyal to their original vision while achieving the remarkable popular success of Pauline and Dan Campanelli. Most of their paintings; Dan's landscapes in watercolor and Pauline's still-life in oils; are reproduced by the New York Graphic Publishing Group, the largest and oldest publisher of fine art reproductions. 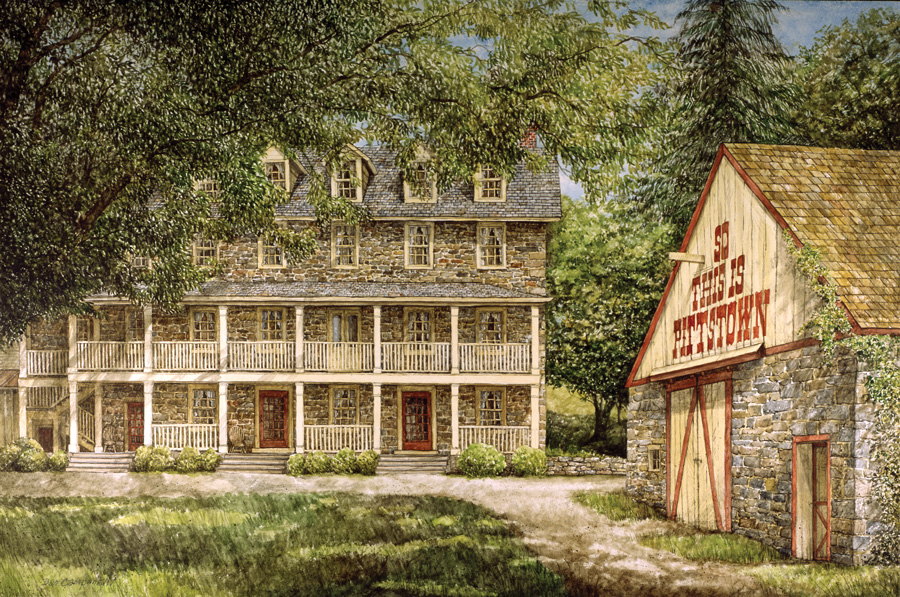 Pauline Campanelli passed away on November 29, 2001. We have been honored by her grace and support and by the privilege of including her story among those that characterize Northwest New Jersey. 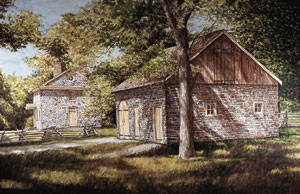 Perhaps it is because the Campanellis, in all facets of their everyday lives, subscribe completely to the traditional American aesthetic expressed in their paintings, that they are so able to convey and reaffirm the simple, luminous beauty of their subjects. For nearly a quarter century, from their little stone house near Finesville, a few miles south of Phillipsburg near the Musconetcong River, Dan and Pauline produced a succession of work which has come to be admired across America and around the world. Much of the subject matter for their work lay literally within a stone's throw of their home; and all within an hour's drive. This is where they came to be near the subjects they love to paint. In their hands, plainness transforms to crystal clarity, and austerity becomes majesty, evoking a powerful response from an expansive audience. 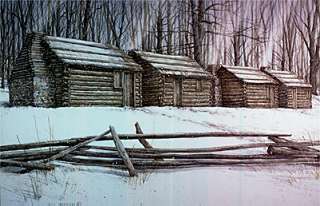 Jockey Hollow. Watercolor by Dan Campanelli from the
collection of David and Robin Perelli

Powerful indeed. The chord they've struck elevated their sales past one million sometime about three years ago. Growing at a rate of over 100,000 prints each year, the total now rests at somewhere around 1.2 million. A Campanelli image is something you're likely to recognize, though the name may be one you're learning for the first time.

Although he can "do his art" anywhere they please, Dan continues to go to work every day in his Quakertown home, where he lives with his wife, Marty. This is where he came to be near the subjects he loves to paint. While others travel to Williamsburg, Virginia, or Sturbridge, Massachusetts, to experience history, here among the the sleepy little villages not named on maps, the nineteenth century still lingers. Indeed, the house is itself a work of art (and economic necessity), restored nail by nail by Dan and Marty, learning each step of the way, while adding the modern requirements for domestic living, spiced with twists of ingenuity. 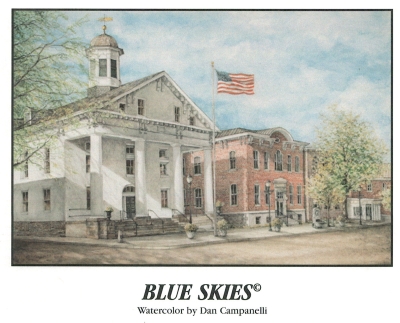 Both Dan and Marty are continually immersed in projects important to local historic preservation. Most recently Dan agreed to sell limited edition prints of his rendition of the Historic County Courthouse via the Hunterdon Tricentennial Committee as a fundraiser for the many events planned to celebrate 300 Years of Hunterdon in 2014.

This story was first published: Spring, 1996